Far Cry: New Dawn is an action-adventure FPS game that is a sequel to Ubisoft’s Far Cry 5, released in 2018. New Dawn serves as a direct continuation of the previous game in the Far Cry series and is set in the same fictional location of Hope County, Montana. The player takes control over a new protagonist, nicknamed the Captain, as they travel across the open-world environment and carry out various tasks. The game was released for various platforms in February 2019

As a direct sequel to Far Cry 5, New Dawn introduces little changes in gameplay mechanics. The game is an open world first-person shooter in which the players can explore the game world on foot or using various modes of transportation, such as cars, trucks, motorcycles and quads. Some of these vehicles can be used by two characters, with the player or secondary character designated as either a driver or a shooter. At specific locations in the game such as garages and helipads, the players can craft new vehicles. 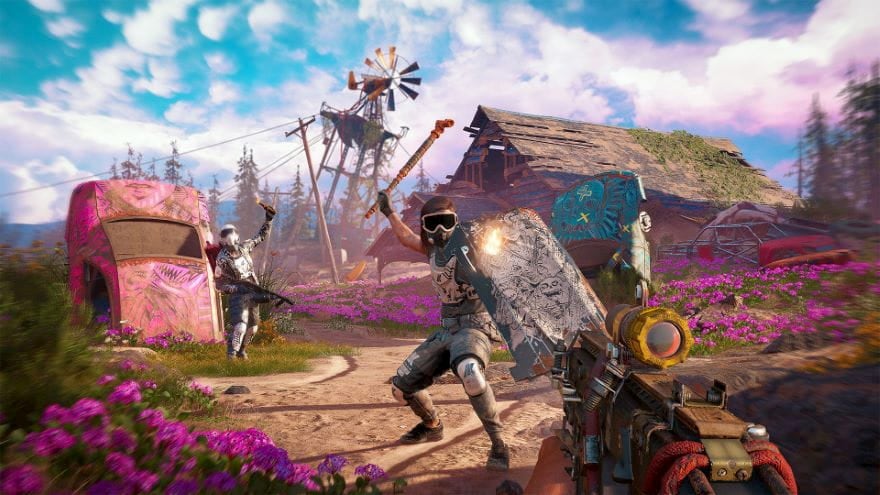 The map of the game has changed significantly, as a result of the events from the previous installment. Some new areas have become available to the player while others, previously accessible, had been cut off.  The game’s central hub is Prosperity, a stronghold that serves as the home base for the player. As the game progresses, the base will expand offering more facilities to be used.Far Cry: New Dawn introduces a new playable character – the Captain. Similarly to the Deputy in Far Cry 5, the protagonist’s gender, race, appearance and clothing can be customized by the player to some extent.

The game features many new but also several returning characters from Far Cry 5. Some of them will have special tasks for the player, will help them with fixing weapons or possess unique skills. Certain characters can be hired to assist the player during the mission, these are called Guns for Hire. The player can also use the help of Fangs for Hire – various species of animals, such as dogs, cougars and bears, who might turn the tide of battle in the player’s favor.Most of the weapons available in New Dawn are the ones featured in Far Cry 5. 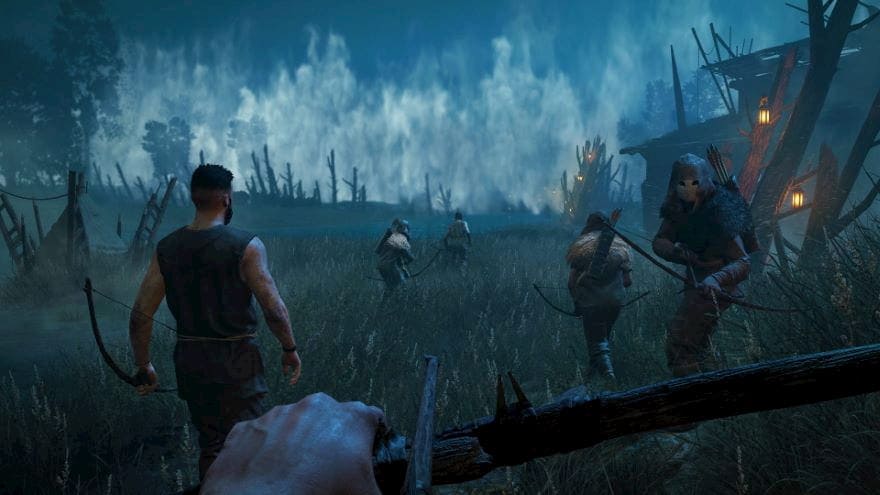 These include various types of sidearms, rifles, machine guns, shotguns, rocket launchers and more. New weaponry include “Saw launcher”, which can fire blades of buzzsaw. Player can upgrade their weapons through crafting new attachments.Aside from main story arc missions and side quests, Far Cry New Dawn offers the players the option to hunt down treasures and assault enemy outposts. After taking over, it becomes a fast travel point for the player. Outposts serve as depots for resources or fueling stations. The game also includes the mode called “Expeditions” where players can travel outside Hope County, to other parts of the United States in search of resources. These can be completed with others in multiplayer mode.

The story of Far Cry: New Dawn picks up seventeen years after the events of Far Cry 5, in which Hope County fanatic leader Joseph Seed, detonated a nuclear warhead which leads to global nuclear conflict. During these seventeen years, nature managed to resurface and surprisingly the world became hospitable again. Survivors in Hope County try to rebuild their old world, but their attempts are thwarted by the Highwaymen, group of bandits led by sisters Mickey and Lou. 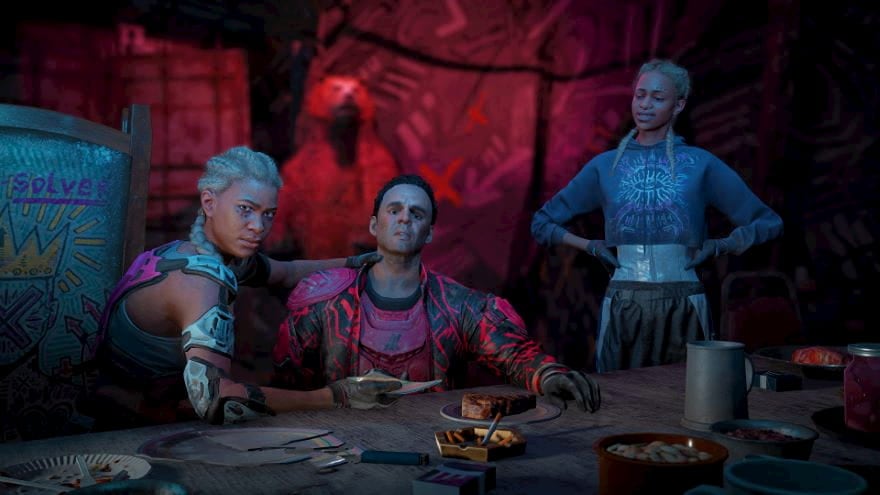 The survivors make a reluctant alliance with New Eden – former Eden’s Gate project led by the Seed family. The player controls the character of the Captain, who travels the country with his group, assisting survivors in need.